The Bayside Surf Team Signs On! 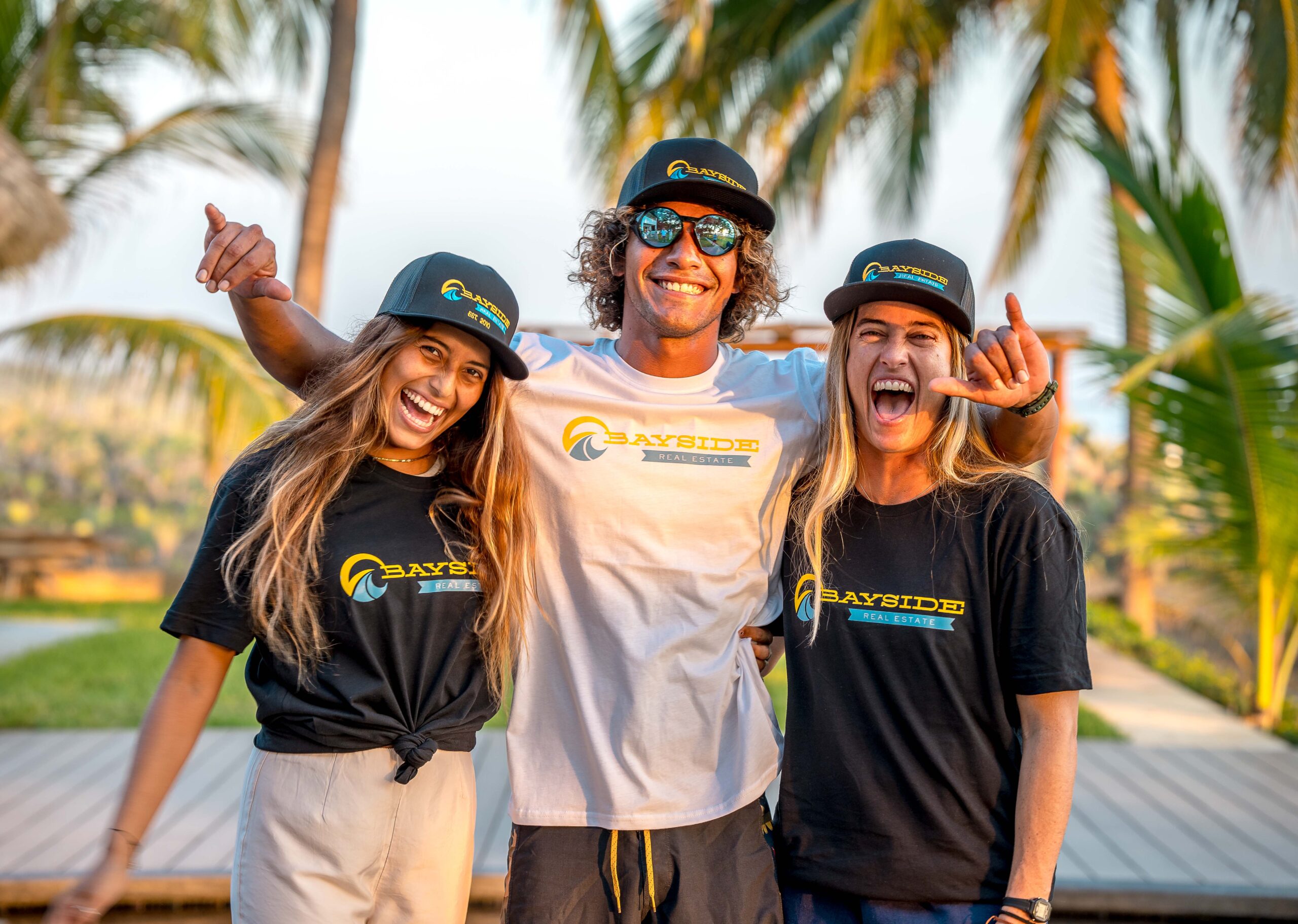 It is more than a pleasure for Bayside Real Estate to welcome local, elite surfers to the Bayside Surf Team!

This past Thursday evening was a time for celebration in Costa Cumana, Puerto Escondido. The Bayside team gathered with close family and friends of the surf community for the re-signing and signing of 3 exceptional surfers in Puerto Escondido.

The evening was hosted at Casa ZEE and opened with JJ (local surfer and friend) welcoming the small crowd and introducing Bayside CEO Brent May. May explained why he and his wife feel it is so important to give back to the community in the name of sport and why and how they select the athletes they do for sponsorship. The evening continued with May expressing his gratitude for a life on the Oaxaca Coast and welcoming each athlete for another year to the Bayside Surf Team, the Bayside Family.

May said explained to the crowd that participating in competitive sports gave him a lot of opportunities. He said, “Sports teach you not only how to win, but also how to lose. More importantly, sports teach you about teamwork and doing the best you can… and ultimately teach us that we can do a little better each day.” He expressed his admiration for each of the pro surfers and said that the Bayside Surf Team members are an inspiration to local youth both on and off the board.

Puerto Escondido-based pro surfer Roger Ramirez re-signs at 27 representing Bayside Puerto Escondido 2018 to 2023. Roger is most proud of having made semi-finals twice and being in the top 45 in the World Cup alongside the best big wave surfers in the world. He says being a part of Bayside is more than just a sponsorship, he says he feels like a family member of the Bayside team.

Maya Larripa, a newcomer signs at 20 to start representation of Bayside Puerto Escondido. The 20-year-old, Puerto Escondido-based pro surfer began surfing at 6 and competing when she was 10 years old. Maya succeeds on the circuit thanks to her amazing physical condition and incredible technique.

Pioli, Ramirez and Larripa signed with Bayside for the 2023 surf season.